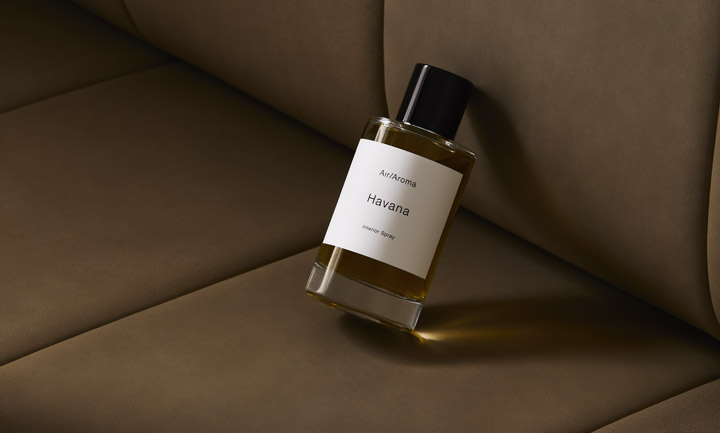 There is something about the smell of a crackling hearth, of a brand new car or handbag that is subconsciously satisfying. These scents, smoke and leather, are some of the most comforting scents in our olfactory range. While these are two of the oldest scents known to man, they are still universally popular to this day.

Despite its recognition, the fragrance note that we associate with leather is not a naturally existing scent. Leather in perfumery is not an essence you can bottle, but rather must be mimicked using a combination of synthetic and natural ingredients. In its nature, the smell of the leather tanning process is quite unpleasant and overpowering, as one would expect when dealing with animal hide. The smell we associate with leather today was produced by retailers in order to mask its true, unpleasant scent. As early as the 15th century, vendors began treating leather products with oils like musk, civet, ambergris as well as dried birch bark before selling their wares to royalty and aristocracy. This practice stuck throughout the ages and has evolved into the mainstream fragrance we know today. Nowadays, in addition to synthetic accords, some natural ingredients are often used to mimic the smell of leather. Birch tar and juniper are both examples of naturally occurring materials that, when treated, omit a scent that has a leathery smokiness to it.

Even before the scent of leather there was smoke. Often considered the first man made olfactory facet, smoke arose as man discovered fire and began to burn different natural components for heating and cooking purposes. Later, in early Egyptian and Greek civilization, the smoking of plants took on religious and ritualistic meaning as smoke rising was believed to symbolize communicating with the gods. The burning of different ingredients creates a slightly different outcome in scent composition, however, all smoky notes are quite powerful and consuming in their nature. With the rise of perfumery, adding smoked notes has been used to increase a composition’s richness and depth when done so sparingly.

In the world of perfumery, the two notes are inextricably linked as the process of bringing leather facet to a scent composition often requires the heating of raw materials, such as birch bark to create birch tar oil. Comparably, the essence of smoke is often distilled from the same raw materials as leather notes. Materials such as cade juniper and birch wood, when treated, emit the scent of smoke that can be condensed for use.

The notes themselves go hand in hand in their production but also in their defining characteristics. Warm, sensual, and comforting, they are often combined with the likes of patchouli, tobacco and black tea. In conjunction, notes of leather and smoke evoke a traditional, comforting atmosphere, conjuring the notion of an old-fashioned smoking room or a grandfather’s office. Imagery of worn leather armchairs, bound books, and smoldering cigars come to mind to summon something earthy and nostalgic.

In scenting, these traditionally masculine notes are now becoming more widely popular with the rise of unconventional and nuanced fragrances. Air Aroma provides a variety of scents that incorporate essences of both leather and smoke to create truly unique outcomes. Leather is found in Spice Trader which has a woody rose profile, in Cedar Mood as a traditionally masculine style wood scent, in Sandalwood Gold as part of a creamier fresh scent profile, and in Havana along with smoky notes like tobacco and incense.

Air Aroma offers a wide range of fragrances in many styles and can design something custom for yourself or your brand. Contact us for guidance or to inquire about a signature scent.