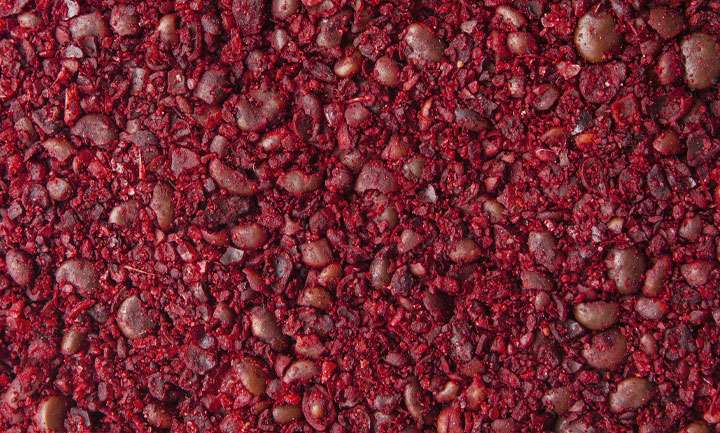 Spicy notes are part of the fabric that form a piquant profile, and can take a familiar floral aroma to an elevated floral arrangement because of its complexity and power. The depth found in spices is undeniable, which explains their popularity in fragrances as well as cooking.

Humans are closely tied to spices; we’ve revered them for thousands of years, using them in cooking, medicine, spiritual practice, trade, and perfumery. Surely there is something ancestral and enchanting about spices that we can really tune into, that merges well with our human essence. Cohesive medical systems using spices were found in 1000 BCE in India, China, and Korea. Early uses were found to be connected to medicine, tradition, religion, magic, and preservation. Additionally, we know the importance of spices as a trade commodity – in the Middle Ages, spices were among the most demanded and expensive products available in Europe.

Many of the spices we use in our kitchen cabinet are the same ones we use in fragrance, like black pepper, cinnamon, ginger, clove, saffron, coriander, and cardamom. Spices are derived from plant parts including bark, roots, seeds, and fruits and are notably distinguished from herbs, which include flowers, leaves, and stems of plants. Different essential oils and absolutes created from common spices have different origins, but can produce the same quality of concentrated liquid to be used in fragrance.

Black Pepper, once a prized possession only for the wealthy, is now probably the most popular and commonly used spice, and is an important component of perfumery as well. It has a cooling effect in scent as well as sharp and warm qualities, and can best be described as… peppery. Black pepper oil is extracted from the unripe berry fruit on flowering vines, drying and crushing the peppercorns and steam distilling to produce a fragrant liquid. Used for thousands of years and across cultures like the ancient Greeks and in Chinese medicine, embalming services in ancient Egypt, Black Pepper is considered warming and stimulating for the mind and heart.

Cinnamon, with its warm, dry, sweet and spicy aroma, is one of the most commonly known and used spices, and has been treasured across lifetimes. The dried bark is used to flavor foods both savory and sweet, and essential oils can be extracted from all parts – the bark, leaves, root, and stems, which all yield slightly different aromas. The bush can grow well in just sand alone in places like India, Sri Lanka, and Madagascar. Rousing and strong, only a little is needed in both cooking and fragrance to have an effect.

Coriander, which has a sweet, warm, and spicy aroma, refers to the dried seeds that come from the same plant where cilantro, a popular herb, is found. Coriander seeds are often used in cooking particularly in Indian, Mexica, Caribbean, and Asian cuisines, and enhance dishes like soups, curries, and special drinks. It’s used to flavor Chartreuse, a famous liquer made by monks in France, still active today. Coriander seeds were even found in Tutankhamun’s tomb, proving to be important across thousands of years. As an essential oil and scent component, coriander adds a sweet uplifting tune to scent, like in Fig Essence or Hugo Boss Signature Scent.

Cardamom has strong, unique, fresh green and sweet spicy aroma and flavor. It’s widely used in Scandinavian cooking and liquers, as well as East Indian culture like in coffee and pastries. The essential oil was first distilled in 1544 by Valerius Cordus, when Portuguese explorers procured it from the southwest Indian coast. Cardamom is a top or middle note both sweet and spicy, found in Sencha and Oasis.

While spices help enhance our tastebuds and our noses, they also hint at something deeper, ancient, and grounding. Used in various applications across thousands of lifetimes, spices remain an important component of the human experience.