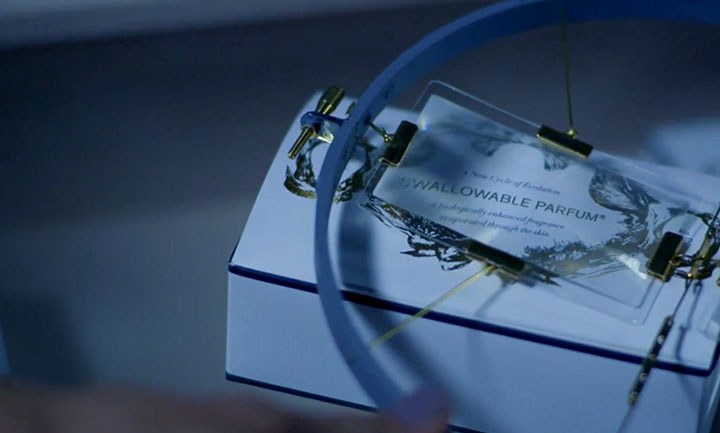 Australian artist, designer and inventor, Lucy McRae has teamed up with scientists to work on her latest project entitled ‘Swallowable Parfum’. The pills are being designed to work so that when the body perspires the fragrance is released as a ‘biologically enhanced odor’.

Sounds strange, but the pills could be the next big thing for the cosmetics industry as technology advances are now making these kind of projects achievable. Lucy, whose studio is based in Amsterdam, chose her home town of Melbourne, Australia to debut the initial work this month and the response so far has been extremely positive.

Lucy McRae has used her artistic and design talents and worked with names such as Phillips Design, TED, Nick Knight, Aesop, Johan Renck, Robyn, Bart Hess, American Vogue and AnOther Magazine. Find out more about her and her work here.