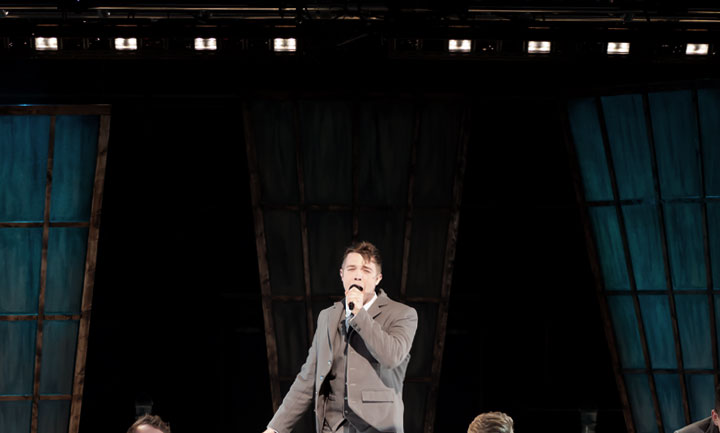 The sights and sounds of musical theater are always spectacular, but what about the scent? To create a truly multi-sensory experience for their audience, University of Mary Washington in Virginia chose Air Aroma to provide scenting during their current production of Spring Awakening.

Spring Awakening burst onto the musical theater scene in 2006, won 8 Tony Awards, including Best Musical, and has since become one of the most beloved and widely-performed shows around. Based on the 1891 play of the same name, Spring Awakening is set in 19th century Germany and follows the story of teenagers discovering their sexuality in a repressed society. With an alternative rock score by Duncan Sheik, known best for his 1996 song “Barely Breathing”, the original Broadway production starred Lea Michele, now best known as Rachel Berry on the TV show Glee.

UMW Theatre director Gregg Stull contacted Air Aroma with the hope of diffusing two different fragrances in his production of Spring Awakening. For the Act I finale, a vibrant light green aroma with subtle floral was created, comprising of citrus, thyme, jasmine and musk to underscore the sensual scene between two lovers. During the show’s final number, entitled “The Song of Purple Summer”, a unique Spring themed fragrance is diffused throughout the venue with lively notes of tulip, apple blossom, and lily of the valley.

“Spring Awakening is a gorgeous musical that is unexpectedly beautiful. The lyrics and score are a profound juxtaposition to the ideas the text explores. I think that Duncan Sheik and Steven Sater have adapted Wedekind’s play into a musical that leaves an audience pondering questions, images, characters, and relationships long after they leave the theatre. For me, by diffusing scent at the close of the first act and again at the end of the play, we create a heightened sensory moment for the audience. It provides punctuation to what they have just experienced and, I hope, keeps the words and music lingering in their minds as they leave the theatre.”Gregg Stull, director