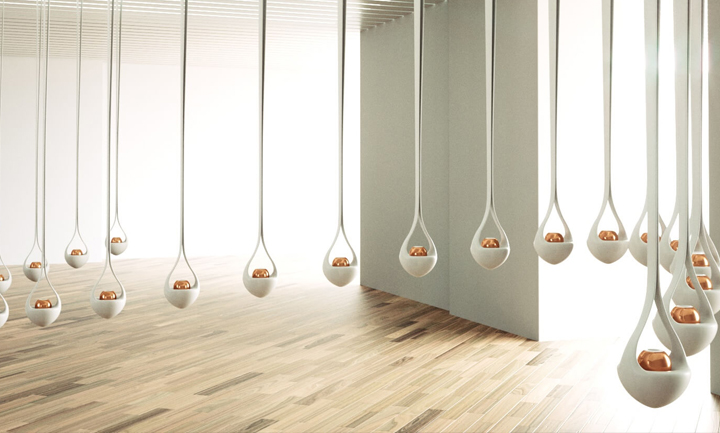 Our sense of smell is one of the most important ways in which we connect with the world around us, it is the sense most closely linked with memory and is also highly emotive with fragrances being able to convey a vast array of emotions and feelings. It is not surprising then that a museum dedicated solely to perfume has opened its doors in France.

Le Grand Musee du Parfum, the world’s first scent-centric attraction is located in Paris, the capital of perfume. The museum is set in the heart of Paris’s Golden Triangle inside the 19th century mansion that was formerly Christian Lacroix’s haute couture house. The content takes visitors through a multi-sensory journey throughout the history and science of perfume making using high-tech graphic, sound and scent installations.

The olfactory journey begins in ancient Egypt with the first fragrance ever created by man, Kyphi, a pungent woody compound used to invoke the gods. Visitors are then guided through the scents of different eras throughout history to the 20th century where Paris is consolidated as the centre of scent and perfumery. Interactive installations have been designed to allow tourists to smell the 25 iconic base ingredients used by perfumers, such as rose absolute, orange blossom or patchouli.

The Garden of Scents hosts an artistic installation of trumpet-like diffusers which emit various evocative smells such as fire smoke, cinnamon and even Coca-Cola for visitors to identify. It is here where visitors will learn the extraordinary emotional power of scent. Behind the mansion, a garden will be planted with aromatic plants and flowers which are specially cultivated for their scent such as jasmine and rose.

The museum boasts state-of-the-art technology which allows visitors to record the fragrance accents they like on an electronic card as they make their way around the exhibits. At the end of the experience, interactive stations will allow patrons to purchase perfumes containing the ingredients and fragrance accents they have enjoyed. The innovate museum hopes to attract the increasing number of tourists that visit Paris for luxury shopping and lead visitors deep into the secrets of perfume making.

To learn more or visit the museum, go to the Le Grand Musee du Parfum website